Testing the Marinlab kit from Aquaforest

The Marinlab Sea Water Test provides a snapshot of the water quality of your aquarium for many items with excellent accuracy. Using this type of analysis from time to time is a big plus over the usual colorimetric tests that we use in reef aquariums: more precision and much more measured elements compared to what can be done with colorimetric tests.

Marinlab uses the Inductively Coupled Plasma Spectrometry (ICP-OES) method for the analysis of sea water. The sample supplied is plasma sprayed at 8,000 ° C. The substances to be analyzed are quantified via an optical emission spectrometer (OES).

It offers analysis for many macros and trace elements crucial to the health of your reef aquarium: 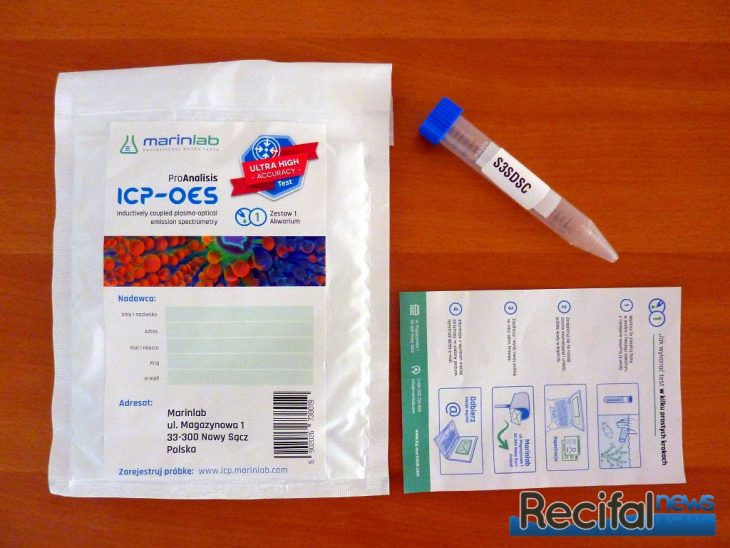 Once the Marinlab kit bought (the price of the kit included the cost of the tests), follow the steps:

Delays between sending and results during this test:

If you already have made analysis by Marinlab, you have the history and will be able to select the test.

For a given sample, you have the choice between viewing on the site ‘Check your result’ or downloading in pdf ‘Download PDF’.

Direct visualization on the site displays a color scale representing the position of the measured value in relation to natural sea water. The pdf result file contains all the results on one page, group per categories (micronutrients, polluants, man elements and nutrients) and gives values or reference ranges based on natural sea water.

Some of the measured elements are measurable with the usual tests for reef tank (Ca, Mg, PO4, …, Salinity, Kh). This makes possible to compare these various tests. I advise you to make measurements with your usual colorimetric tests at the same time as taking the water sample sent to Marinlab to give you a comparative idea.

In an ideal world I would have also liked 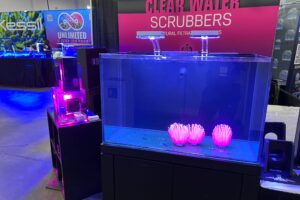