Récifal News – Hello, you’re a reef hobbyist who moved to Indonesia and now you’re working in coral farms for several years to sum up. Could you tell us more about your background and what brought you here?

Vincent – Hey, it’s been 20 years since I was in Indonesia where I worked for a big importer. I set up the first commercial coral mariculture farm in Indonesia. After studying Marine Aquaculture at CREUFOP in Sète (France), I did my internship for a year in a company that exported tropical fish from Kenya. This is where I learned the job. Then i came back to France where is worked at an importer in the South of France on the other side of the import chain.

I started working for this big importer to do quality control. I’ve travelled through all the Asian countries supplying ornamental fish. I was based in Bali, and since I come from marine aquaculture, I’ve always had the gold of producing animals instead of collecting them. This is here and against everyone’s opinion, including my employer and its suppliers, that we started coral culture at sea for the aquarium market. Since then, time has passed and there are more than fifty companies in Indonesia doing it. This is not something I’m so proud of given the situation.

Récifal News – I guess going on to the other side of the world to do coralicutulre is passion related? Do you still have the time and the will to do reef keeping at home?

Vincent – Yes i still have a passion for aquariums. Unfortunately, i don’t necessarily have time to deal with it. We now have a coral production ponds on land, which is almost completely fulfills my aquarium potential. I also have a small freshwater Amazonian aquarium at home. I see corals all day, in the evening I prefer the green sweetness of aquatic plants.

Then the desire to go to the other side of the world; you know when the job in Kenya was offered to a whole class of students in marine aquaculture, no one raised their hand. And I admit that without the influence of people around me including my tutor at the time, i probably would not have left.

Récifal News – Have you noticed any difference in terms of reef keeping approach between French or even Europeans and Indonesians?

Vincent – So each area is different. The Japanese have small aquariums, for lack of space. Then they are purists, they don’t like hybrid fish for example, while the Chinese love them. The Japanese like to represent a particular ecosystem, or to make an Acropora or Montipora exclusive tank. The Chinese are collectors and make tanks only for angels, or to display a collection of corals. They do not represent any ecosystem and exhibit their collection. They like hybrids, malformations… anything out of the ordinary.

Americans are in the rarity. And a bit like the Chinese, they like to exhibit their collection. Americans love angels and tangs, while these tangs are not very popular in Asia.

Corals are the most popular in the US, as the market accepts different things, which come at high prices. People have integrated buying and growing small corals and there are now a large number of local farms growing these corals. I hope it will come to Europe. Europeans are purists in the technique, they want a piece of reef in their living room, with corals fish, sand… in short the reef aquarium, while in the United States, there is a large part of customers who only have a coral aquarium, or the few fish are just there to service the aquarium.

In short, there are a lot of differences according to the cultures, the supplies, the laws in force…

Récifal News – Indonesian farms are among the first to have developed coral culture on the table. Can you tell us more about this technique? How did they start?

Vincent – We started in 2000 and it was not until 2005 that legislation was finally put in place. We created the first farms, but it took 5 years of intensive lobbying of the institutions, especially CITES, because we needed to define coralliculture: at sea, at sea with mother colonies, ashore… We had to set up all the legislation that manages this activity. From obtaining mother colonies, to methods of calculation according to species to calculate production plans, to inspections…

At first none of our suppliers and even the importer I worked for believed it. I ended up doing the first tests myself with the help of the fisheries director and some fishermen from South Bali. It was only after 6 months, and the first production, that everything was packed. Almost too packed, since there are now more than fifty companies that have the license. And this overpopulation has created dysfunctions, which are probably at the heart of the problems we face now.

Récifal News – Are these cultures the same in Australia / Fiji etc. if you had the opportunity to visit?

Vincent – For Australia, apart from a few land-based farms and a concession on a remote island in Western Australia, there are no coral farming. When a coral is collected on the reef, it cannot be moved, it must be removed. They cannot do mariculture. The legislation is against it.

For Fiji, the technique used is the same except that it is ‘ranching’, they do not have mother colonies, like us, but take directly fragments on natural colonies which they then cultivate on tables.

Récifal News – Since the beginning of May, the export of wild corals and even of culture has been blocked. How do you live the situation on the spot?

Vincent – The situation is very delicate because farmers who have been growing corals for more than 15 years now need to find other sources of income. So, the farms are abandoned and because these fishermen have forgotten the fishing techniques they used, and there is a pressing need for resources, they are unfortunately turning to techniques that are not very attentive to the environment. It’s a real disaster!

The most frustrating thing in history is that in the end it’s just a political problem.

Récifal News – Do you have any information as direct actors regarding a potential export recovery? And do you even have any administrative weight (as in Fiji)?

Vincent – The information we have is very vague because the ban is not based on any law and the agenda is purely political.

Once the political objectives are met, the export will resume.

Récifal News – How to explain the sudden stop of the exports even on the corals of culture?

Vincent – The decision follows a series of seizures of illegal shipments and circumvention of regulations, but is politically motivated.

Récifal News – We are seeing more and more documentaries about the death of coral reefs. Do you see that with such a pesimistic way?

Vincent – Of course, 2 years ago, we lost 100% of 2 farms. This year we are still fighting against an explosion of parasitic molluscs (Drupella sp), all of which resulted from the bleaching of 2016 and affect other farms. The rise in temperature, in addition to directly killing the corals, creates phytoplankton blooms which then cause explosions of parasites. Even reefs that have not been affected by bleaching, suffer from the following explosion of parasites.

Récifal News – Do you see this kind of pandemic in all your farms? Or is it only localized?

Vincent – Here in Indonesia, the bleaching is very localized. On healthy reefs, not much is going on. It is the reefs that are already well damaged that suffer the biggest losses. If there is already stress, the temperature rise is the straw that breaks the camel’s back. But if the corals are not stressed, they resist rather well.

All strains are maintained at several sites, but we realize that most of the reefs around Bali are now too damaged to resist properly. Intensive construction of the coastline is not ready to calm down.

The coral culture in Bali is destined to disappear to focus on more remote and less developed islands. This will increase costs.

Récifal News – Recently you are participating in Ocean Gardener’s projects, could you tell us more?

Vincent – So Ocean Gardener is a non-profit NGO whose goal is to ensure that some farms do not stop and that fishermen can continue to live off the coral culture.

Farms are a great educational tool to reach as many people as possible. If we want to change attitudes, we have to educate people, that’s what we try to do. We get people who are interested in corals, we teach them what coral is, how to deal with it, the threats … all in the water. On this site, we have artificial reefs over 18, as big as a truck. We must take care of it.

Then, as I said before, a reef that is not stressed is pretty resistant to rising temperatures. And we hope he will have time to adapt. So, if a piece of reef is maintained, not fished, cleaned plastics, or the parasites are removed, or corals are replanted, the damaged areas will be quickly restored. This reef has a better chance of surviving.

So, here we are just trying to save some reefs.

Récifal News – Is this structure the direct extension of coral farming?

Vincent – Yes, it’s because of the reef hobby that the reefs of Candidasa are in good health and have a chance to stay it. If these fishermen about fifteen years ago had not had the coralliculture to provide for their needs, they would have continued to fish the lagoon using very harmful methods.

I do not believe in simple protection. It does not work in the third world. If the local people have nothing to eat on the table, you cannot ask them not to fish…

And marine parks are the best example … They are poorly protected, all budgets are siphoned before arriving on the ground, and everyone is fishing and poaching. And we can see the state of these marine parks go from worse to worse. While unprotected, local people who obtain a source of income, through culture, tourism … end up protecting their own resources and these reefs make a resurrection.

Récifal News – We can see many different actions, currently are they only located in Indonesia?

Vincent – There are actions carried out all over the world, Australia, Hawaii, Florida and Japan are focusing on research, and other less developed countries on ecological missions.

Récifal News – Thank you for the time you spent on our readers, a word for them?

Vincent – It’s been 25 years since I worked on the other side of the set. And after 25 years, I admit that the report is bitter. And I’m convinced that the main problem of our hobby, prices remain. A damsel living on the other side of the globe and is sold 10 € in the shop, is unfortunately what kills our passion. Fish or aquarium corals are live animals, and unfortunately, we cannot use the same commercial constraints as in any other product. The race at least expensive requires to take shortcuts that end up destroying this job. And in the end, everything will be banned. So it’s an expensive passion and it must remain so unfortunately, otherwise it will disappear.

Find all the actions of Ocean Gardener on their website. 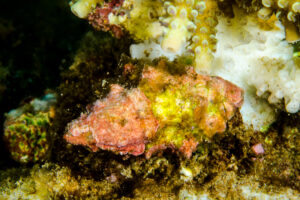 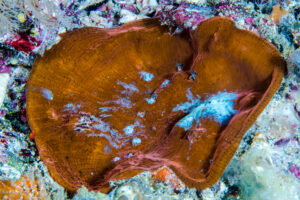 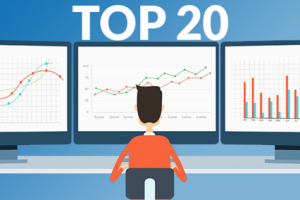 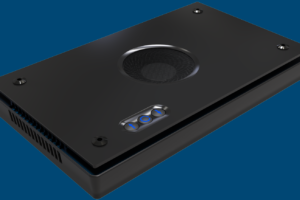