We know the generic characteristics of natural seawater that we are copying with the various synthetic salts at our disposal. Many of the reefers make regular measures of water tank with colorimetric tests and sometimes more accurate tests like ICP type. I had the curiosity to do some tests of natural sea water with the tests available for aquarists. The purpose of this sharing is to provide an idea of the results, known, but with measurements made with our tools aquarists to compare what is comparable.

The samples were taken from the Mediterranean Sea at St Aygulf (France). The water was collected about 5 meters from the edge and 30 cm deep. For information, it had not rained for many days.

Near place of sampling

The place of sampling and sampling.

Below is a table summarizing various values found for basic chemical elements via ICP tests.

The color code is derived from those used by Marinlab (ML) and Triton-Lab (TL) in their results. It represents the remoteness of the measure in relation to their seawater references (plus or minus). PO4 is an estimated value, calculated from part of the P, maximized relative to the organic PO4.

Each measure was done at least twice and presented here averaged.

The so-called standard sea water is defined as S = 35 (PSU). The water withdrawn is not at this value, each of the sites having its own salinity. In addition to the raw survey data, we have standardized a selection of values to present them as if the salinity was S = 35 for the samples. This allows us to compare the measurements more precisely with the reference.

To normalize the salinity at S = 35, I use a first method to compute salinity with calculation from the macros elements of water presented previously (the ratio is the average of those obtained for both measures).. The accuracy provided by the refractometers, which is somewhat insufficient because no decimal value, gives a greater difference with the known standard seawater on the sum of the normalized values than with the chosen calculation method.

So much for the results of the natural sea water measured with our aquarist tests. They provide an idea of what can be achieved with our available tests using ‘normal’ sea water. Of course these measures are informative. It is up to you to make an idea, if needed. I hope this has responded to the curiosity of some of you.

As for the measures, no problem at St Aygulf: no heavy metals, nitrates…

By comparing these results with the salts used for our aquariums, you will then be able to notice that certain constituents, for synthetic seawater, are in a proportion quite different from the natural seawater. 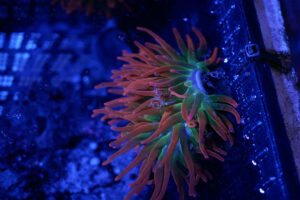 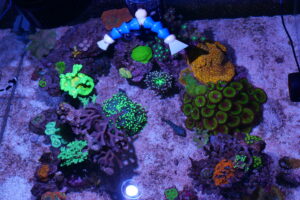 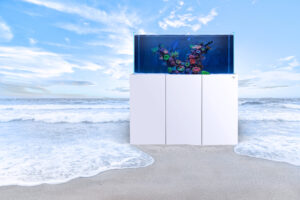 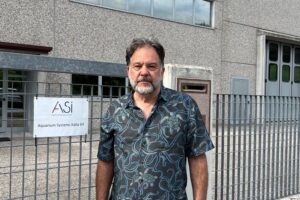