After long time of research about bubble scrubbing, it was natural for us to ask Cruz Arias, creator of this method, for an interview. He took time to answer our questions and put light on this method.

RN: Hi Cruz, so you’re the owner of Elegant Corals and the inventor of the bubble scrubbing method. Can you please introduce yourself and how you’ve started this hobby?

Cruz: Hello! I started in this hobby over 20 years ago and still going strong! My friend and Co-Founder of Elegant Corals, Julian Hechavarria, has even more reefing experience! Hard to believe that time has flown by, especially when having as much fun as we can!

RN: You told me Elegant corals is not your day job right? What’s your day job? Does it provide you some
advantages/expertise/skills useful for the hobby?

Cruz: Correct. Elegant Corals, for me is not a means of income, rather it’s a business where Julian and I can
share what drives us and what we’re passionate about. My day job entails automation in multiple arenas such as Waste Water Treatment Automation, Chemical Processing Automation, Validated Environmental Controls and Automation, and BioPharmaceutical Process Automation. Many of these aspects of Automation has definitely given us valuable insight and the, somewhat, unfair advantage in the hobby. For instance, we have access to various sophisticated instrumentation to measure what many in the hobby can only dream about such as dissolved oxygen and real time lactic acid production of a biological system.

RN: How did you found out this method? What was the trigger?

Cruz: This simplest of aeration methods was actually found by accident and circumstances. LOL I was getting ready for a business trip and had planned on doing a water change before I left. During the water change I typically turn on a few air stones to keep the water circulating and add a little bit of aeration to the system as I emptied the DT and the sump. In my haste, I turned off the air to the DT but accidentally left the air pump on in the sump ONLY and didn’t realize that I did until I was at the airport! Since I was living alone at that time, I didn’t have anyone to help me turn them off. I was definitely dreading coming home and seeing my system decimated by my mistake. However, when I came home and turned off the aeration, boy was I surprised!!

RN: So this method reproduce kind of the water movement behavior we can notice on the reefs due to the exposition of the air during the low tide with waves etc. ?

Cruz: This aeration, we believe, simulates the crest of waves over a reef and shore breaks. The extremely fine bubbles, we see, enhance water movement by pushing and reacting with the water molecules directly in close proximity to the negatively charged micro-nano bubbles! In Physics, things that are acted upon also respond by a net negative response by “pushing back” also known as inertial resistance. As the MN-bubbles flow around the coral, micro-nano eddies of water movement are created at the very localized area. Tickling and stimulating the corals.

RN: As far as i can understand just an air pump and a diffuser are needed? But it will not be the optimized setup. Why the size of the air bubbles is so important?

Cruz: A 3.4 psi air pump, an airline valve, airline, and a wooden diffuser, are needed in this case. This is not a finished product, but entails the main components to duplicate this methodology. Just as in many cases, size does matter. The smaller the bubbles, the less buoyant they are and the less abrasive they are to the delicate marine organisms. The smaller the bubbles, the higher the gas/liquid interface which increases dwell time, due to less buoyancy of the bubbles, and increasing the efficiency of CO2/O2 exchange.

RN: If we optimize the bubble capture to catch only the micro bubbles are they efficient? Even if it’s not at the nano size?

Cruz: The hybrid size, micro-nano, is an in between size between Micro and True Nano bubbles. This hybrid size seems to be a cost effective and repeatable size to achieve without having to utilize expensive and highly technical equipment. This MN sized bubble production also seems to produce results that are very favorable for this particular application in saltwater.

RN: During this process most of the corals are leaking mucus, is that stress or just a reaction?

Cruz: This is a normal reaction in which the coral is releasing excess mucus and waste products, such as seen in Heron Island, in Australia. This mucus is floated to the surface and removed from our systems via the overflow and eventually to the skimmer. The nutrient rich mucus, which typically feeds many types of bacteria only, is exported out of the system via the skimmer, thus making the reef system even more “ULNS” and prevents the nutrients from breaking down and leaching back into the system, causing nuisance situations.

RN: This mucus is just a waste so, does it provides more potential to the coral for eating and growth by
removing it?

Cruz: This mucus is typically waste material expelled from the corals and is not used for coral nutrition. Some of the coral mucus is used as a means of particulate capture, but not digested as a food source. Some of the coral mucus is also utilized as a protective mechanism as well which prevents corals from coming under attack or being eaten. There is still so much we are learning from our systems and corals in the hobby. In any situation sometimes too much of a good thing is detrimental, such as too much mucus, which can clog the membrane porosity and blocks the membrane’s ability to absorb nutrients, and trace elements from the water column. With the removal of excess mucous, the membrane is able to absorb higher levels of O2 and expel waste by products and gases easier, from our experience. Coloration and growth was definitely improved significantly!

RN: Do you think this method is for advanced reefers or everyone can try it without any risk?

Cruz: We believe that, just like anything else in this hobby, if you don’t know what you are trying to accomplish, and if you cannot follow directions, there will be dire consequences to the system. For instance, we all know that Alk, Cal, and Magnesium are needed for our systems, based on uptake and bioload. The same relationship can be made to micro-nano bubbling. If Alk, Cal, and Mag were dosed blindly and uncontrolled, it could be very bad for a system! If bubbling were to be applied uncontrollably and without purpose, it too can become detrimental to the system. This method is not meant to turn the DT into a Jacuzzi or a whirlpool bubbling machine. But rather, the controlled mist of ultra-fine bubbles, which appears to look like a humidifier set on medium to medium low, in the water column. No bubbles were observed to pop on the surface of the DT setup if applied correctly, and as a result, no salt creep in the DT area.

RN: Thanks for your time. Have you got any word for the french reefers?

Cruz: Actually, we do! Reefing is not ONLY Science, but it also an Art of Balance. Our reefing systems are testing grounds for what could ultimately work to save our reefs worldwide. With the rise in temperatures of the upper strata of the oceans, we need to figure out how to resolve the issues of Ocean acidification, Ocean Thermocline, and Fertilizer and Wastewater Runoff that feed into our streams and eventually into our fragile oceans. Every advance and every success we accomplish in our personal reef systems can ultimately hold the key to saving our world.
Thank you! 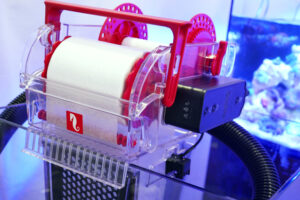 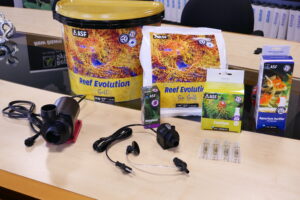 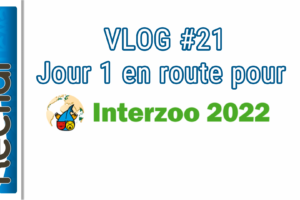 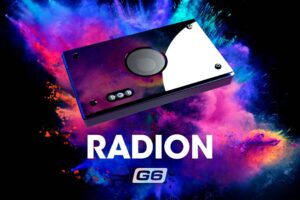